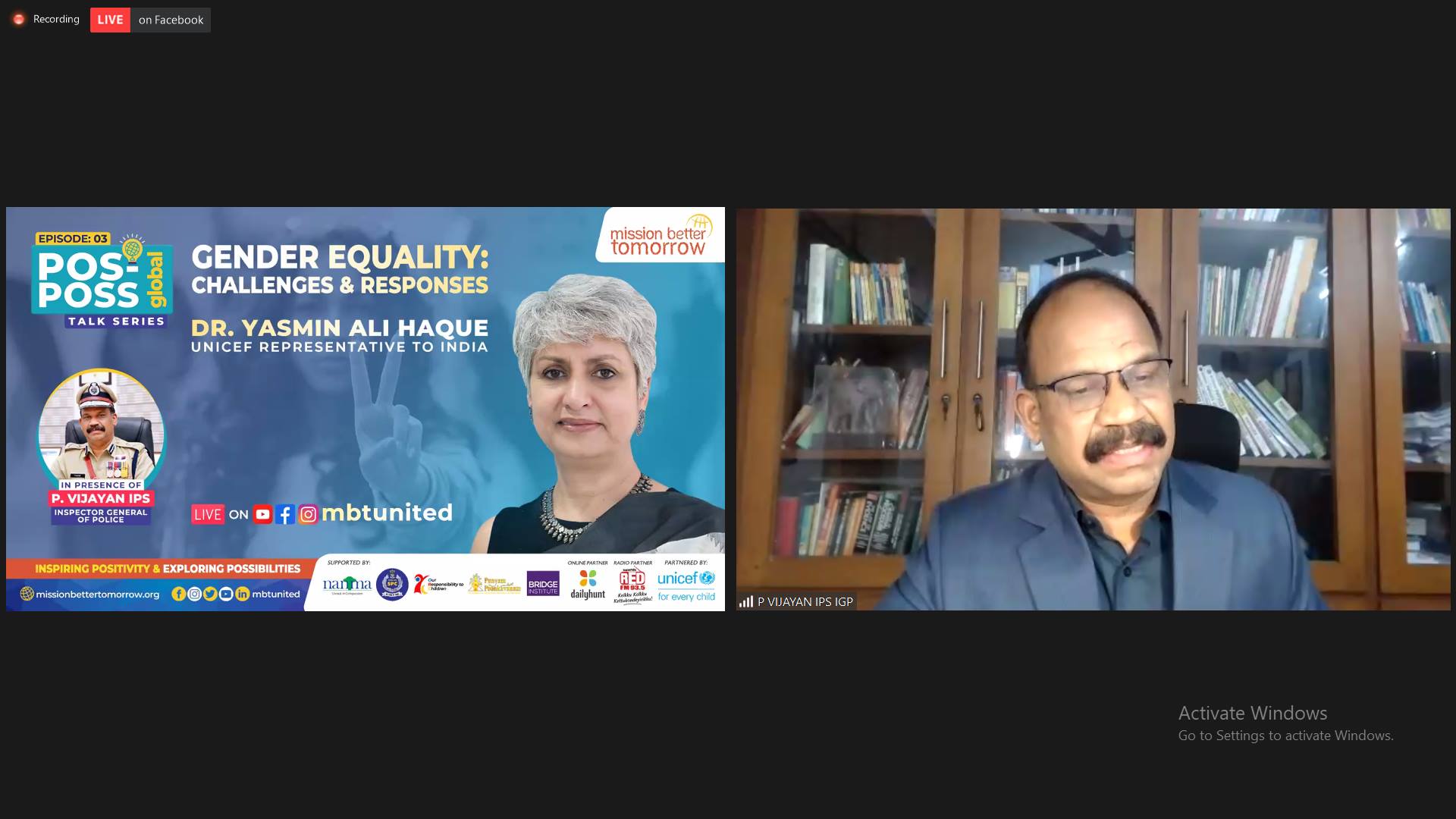 All human beings are born free and equal in dignity and rights (United Nations Declaration of Human Rights).

Gender equality is a fundamental right, and the need to end all discrimination against women and girls is not only a basic human right but crucial to a sustainable future;

A representative of the Local Action Group AGRO LIDER was part of the event "Gender Equality - Challenges and Responses" organized within the Mission Better Tomorrow program of India.

Dr. Yasmin Ali Haque - UNICEF Representative of India addressed at the event., a person whose name is well known all over the world for significant positive achievements in the field of gender equality, protection of children, and women's rights, as well as support for people in conflict areas.

Despite the great obstacles that still do not allow equal rights, the world is still making progress in achieving gender equality, although it must be noted that this progress is uneven. UNICEF is actively working to reduce inequality, strengthen economies and build stable, resilient societies that give all individuals - including boys and men - the opportunity to reach their full potential.

UNICEF is building partnerships across the global community to accelerate gender equality. In all areas of our work, strategies addressing specific gender discrimination and disadvantages are integrated. We are aware that discrimination and restrictions are widespread in India, but we have to admit that significant achievements have been made - more and more girls are completing primary and secondary education, the number of underage marriages is decreasing. There has been an increase in literacy among the female population and an increase in the employment of girls and women. Initiatives and measures are being taken to overcome socio-cultural barriers, reduce the pay gap between men and women, increase women's participation in politics, and end violence against women. Significant results have been achieved in promoting women's entrepreneurship and economic empowerment of women by enabling their active participation in community building.

This global event with over 1000 participants from different parts of the world, once again showed that no matter how geographically distant we are, the challenges we face in our daily lives are similar.

Significant steps have been taken, but we still have a long way to go to achieve gender equality and ensure a better life for every human being, peace, prosperity and a sustainable world.